Katya Dimitrova: AUBG impressed me with the campus spirit, the sense of community, and the multinational environment

Katya Dimitrova is a mother of two 20-year-old twins, a boy and a girl, both of whom are now third-year students at AUBG. Dimitrova, who is Managing partner at Interpartners Group and CEO of InterImage PR and Corporate Communications Agency, got acquainted with AUBG as an institution for higher education through her work in communications and public relations. However, Dimitrova admits that it was not until a consultant mentioned AUBG as a good fit for her children, that they realized what a great alternative it could be to education abroad. Together with her, we explored the topics of interest of the parents when it comes to education and to what extent they correspond to the ones of the children, as well as the most important questions during the application process, and the most important decision-making factors in choosing a university.

Back when your children were still in high school, did you have any specific plans on where they would study and to what extent you, as a parent, were involved?

We did have plans and last minute the plans actually changed. And they changed for the better. I think every family has plans when it comes not only to the one but to the last two years of high school. And initially we were discussing and looking more at opportunities of foreign education. When I say foreign education, I mean outside Bulgaria. We were kind of putting the Bulgarian universities on the back of the queue because we wanted to broaden the perspective of our kids. We wanted to support them financially and give them the opportunity to have a different university experience. So initially we were looking at other countries like the UK (but then the Brexit happened) and the Netherlands. We were not really considering the U.S. but mainly Europe because it is nearer, easier to flight, and we would not lose the connection.

To what extent were you involved in the decision-making and application process?

Well, as parents, we were trying to give them direction. And I think that when kids are at that age, they need this support. So maybe our opinion is not openly requested but it is considered and it is listened to. This is maybe my message to most of the parents -- even when the kid says that he or she doesn’t need the advice, believe me, they need it! And somewhere deeply they do consider it. So, I think that all of the parents have influence. There are different kids, some have a clearer vision, but some don’t know which direction to take. The role of the parents and the role of an outside authority, in our case an outside consultant, is very important. We went to a consulting company to help us with the university selection and with the language tests that they needed to pass.

And I remember that because they were hesitant between different universities in The Netherlands and also UK, which at that point was still in the picture, my son asked the consultant: ‘What would be your recommendation? What would you do for your child?’ And then she said: 'If you ask me, frankly, I would send my child to AUBG.' And that was a surprise to them that coincided with the period where professionally, I already had some observations on the university since we were supporting it in communication terms. So, when there was an open house, I suggested that we just go there. Because I, for example, did not know much about it before I started to work with the AUBG.

When I went there, I was so impressed by three things – the campus spirit, the sense of community and the opportunity to be in that kind of multinational environment so near to your home. But that is my consideration. As a parent I can sum up these advantages that do not necessarily relate to the kids. So when we brought our kids there, I think that this was the turning point, the switch. I remember once the president of the university said “Once we get them on campus, we have them already.” I think that Monika and Aleks loved the atmosphere on campus. And then very quickly and in the very last moment they did switch from applications to other universities abroad to applications to AUBG. It was a very last-minute decision, but I don’t think they regret a moment of it.

You mentioned English tests, foreign experience and being abroad but close enough to home, is there any other considerations that you kept in mind or any other questions you were asking about the university?

There is a difference between the questions that parents ask and that the ones that the future students ask, actually. As parents, apart from the financial part, which was already clear to me because I was aware of the fees, etc., we were interested to know about what part of the professors come from different countries and what part come from Bulgaria.

For me it was important to find enough reasons to differentiate this university from the rest of the universities in Bulgaria. I do know that there is a big difference, but I wanted to find more and more reasons. So I was more focused on the professors, to the courses and then the opportunities for career development. And I think that the topic of the opportunities for career development is where the questions of the future students and the questions of the parents coincide. Because feeling uncertain when you are too young, there is also a big question mark regarding what you would do in the future. How would you make a living? What would be the opportunities for you? So this is one very clear advantage at AUBG – that the career path is facilitated. With all these interactions with businesses, career fairs and so on. So here our questions coincided. The questions of our kids were more technical related to the campus, the rooms the sports facilities, the travel to Blagoevgrad and back, and etc. So that’s the difference. 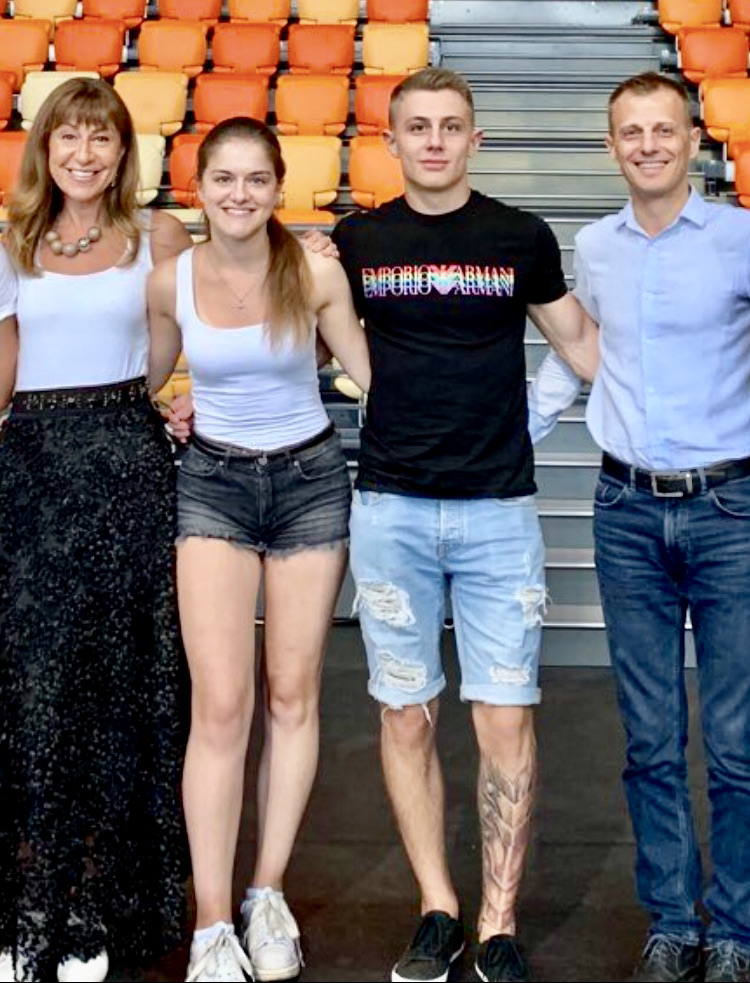 What were the main factors you considered during the university discussions? Did you prioritize majors over university’s image or even educational approach?

The liberal arts approach is what we considered as great advantage. Both we, as parents and Monika and Alex, as students, because I could feel that they were not so much oriented on what exactly they wanted to choose in terms of specialty or direction. In this aspect, the liberal arts approach was a great advantage. We noticed that not many universities in other countries offered this method of education. For example, I heard of it when we started partnering with AUBG in communication terms. I didn’t know what liberal arts mean and I think most of the other parents and kids at that age do not know as well.

Also, there is this syndrome of the parents in Bulgaria who would really like to send their kids abroad because “here, it is no good”. This was not our concept. We just wanted to open a wider perspective before our kids. When we decided to go for AUBG, we kind of defined the development of the kids in two stages. We said: you start in the best way – being close to your home, and you also have a global education but in Bulgaria so that is a unique opportunity. And then, at the second stage you can do whatever you wish – travel with the Erasmus program, with partner universities around the world or you can make sure to finish your major here and go for Master’s abroad.

Three years after they started their journey at AUBG, can you notice some specific areas where they have grown up?

I think they have grown enormously in terms of independence, confidence and the ability to have their own opinion and concept on different issues, not just related to education but also in life. I think their path in AUBG gave them confidence and knowledge. I think that what they really, and we as well, appreciate is this sense of community. Actually notwithstanding the fact whether you are part of a student club or not. The AUBG community is a community in terms of the overall feeling. This is just the spirit of the university. For example, my son is active in sport and my daughter is active in essay competitions. But they do not necessarily participate in many clubs. However, it is still this sense of community and belonging that they do have, and this is what they appreciate. Unfortunately, the pandemic times deprived the young people of part of this and although I see that the university is putting enormous efforts to keep the community, to keep the sense of belonging, to create opportunities and not to stop the interactions in classes and out of them, the pandemic impacted them. Not too much, but it did. And now we hope that soon enough this will be overcome.

Is there anything else that captured your attention, as a parent -- whether during the application process or during the student life?

The application process was not complicated at all. For us it was not of primary concern to apply for financial aid. Luckily that was not of our concern. It is that I find the people at the admissions team very responsive and ready to answer all of your questions. After we have had this experience with applying with two students, not just one, we have recommended the university to several family friends who have had the same hesitations -- whether it would be Bulgaria or another country. And to all of them I suggested to bring their kid there, if not necessarily during open house day, as it was during pandemic times, but to organize an individual visit. I was very positively impressed with how those individual treatments and visits were organized. The university shows that you pay attention to a group of students but also that every single student matters. So, this is a very nice message because both the parents and the kids feel that. They feel that each one of their questions will be answered. Or at least this is what we saw from the part of the administration. So overall when it comes to the organization and the process, it is very well organized.