People fishing from the left side of the dock. All photos by Tamar Chanidze

Batumi: The Las Vegas of the Black Sea

AUBG student photographer Tamar Chanidze takes us on a journey through her city Batumi in Georgia.

Batumi, also known as the Las Vegas of the Black Sea for its many casinos, is quite a popular travel destination in Georgia. Located on the south-east coast of the Black Sea, Georgia's second largest city attracts a lot of tourists every year. The seaside part of the city includes the Black Sea beach, the boulevard, and the sea port.

Batumi's rocky shore is a mixed blessing. Even though it is hard to walk on, it is not as messy as the sandy beach. There are a few cafes, clubs, and lounge areas located on different parts of the beach that are only open during the summer. 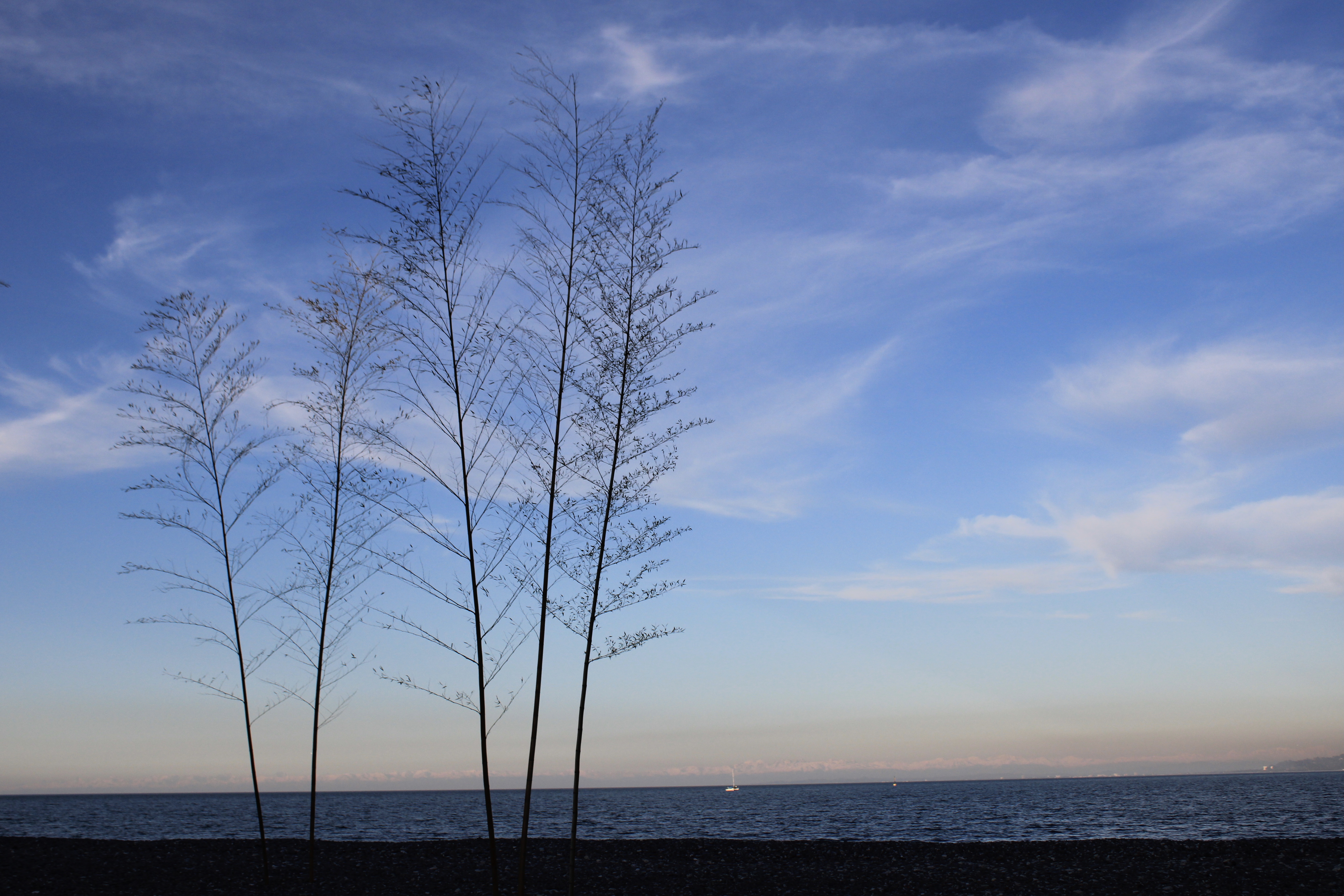 The furthest (north) part of the shore

Every time the sun sets over the Black Sea, it paints the sky with different colors. You either see many shades of orange stretched across the horizon or a combination of pink and purple shades reflected on the water.

People on the beach enjoying the sunset

But even after the sun sets, the sea landscape is still strikingly beautiful. A few people stay on the beach to enjoy the last minutes before dark.

The sun has set. A single ship is sailing on the water which reflects the combination of purple and pink shades in the sky

Right before you step onto the rocky sea shore, you will see many different sculptures. They all represent love in their own unique ways.

The statue of Ali and Nino

One of the most remarkable statues you will see near the shore is called “Ali and Nino.” The name of the statue comes from the eponymous novel by the Azerbaijani writer Kurban Said. It depicts the love story of Ali, a young Muslim Azerbaijani man, and Nino, a Christian Georgian princess during the First World War. The statue not only represents eternal love but also the relationship between these two nations. The man and the woman in the statue are constructed so that they change positions every ten minutes until they become one whole piece.

Batumi Boulevard was first built in 1881. It has been reconstructed multiple times and currently covers 7 kilometers. The boulevard follows the whole length of the beach in the city. It is a vibrant green space which displays cafes and bars, exercise paths, dancing fountains, various amusement rides, sculptures and monuments. 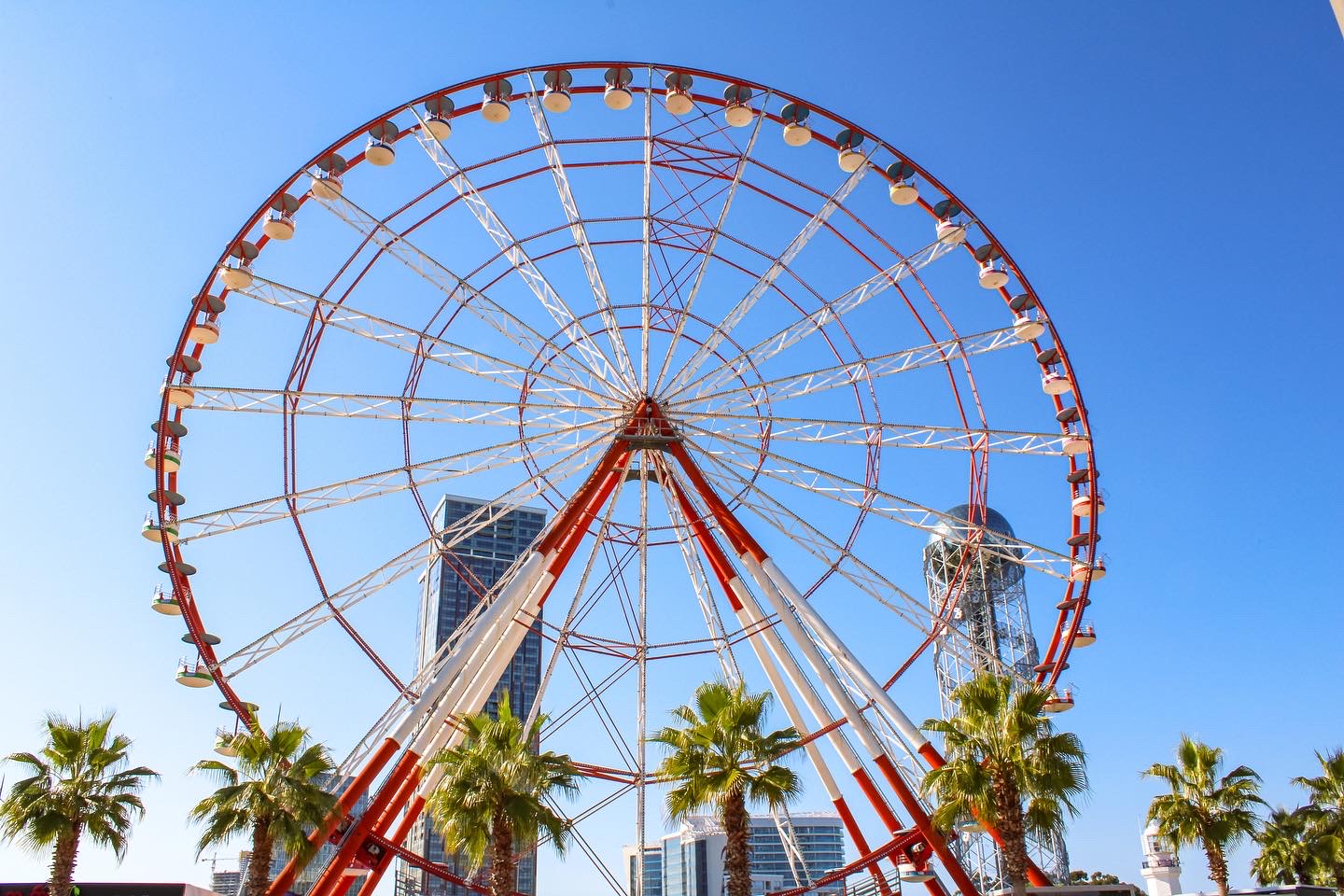 The Ferris Wheel located in the north part of the boulevard

A sculpture of Iason Gordeziani, the main gardener and decorator of the boulevard

Batumi Sea Port was built in 1878 and has since then become the logistics center of the Caucasus region. Batumi Sea Port is the deepest-sea port in Georgia and plays a crucial role in the development of the region. 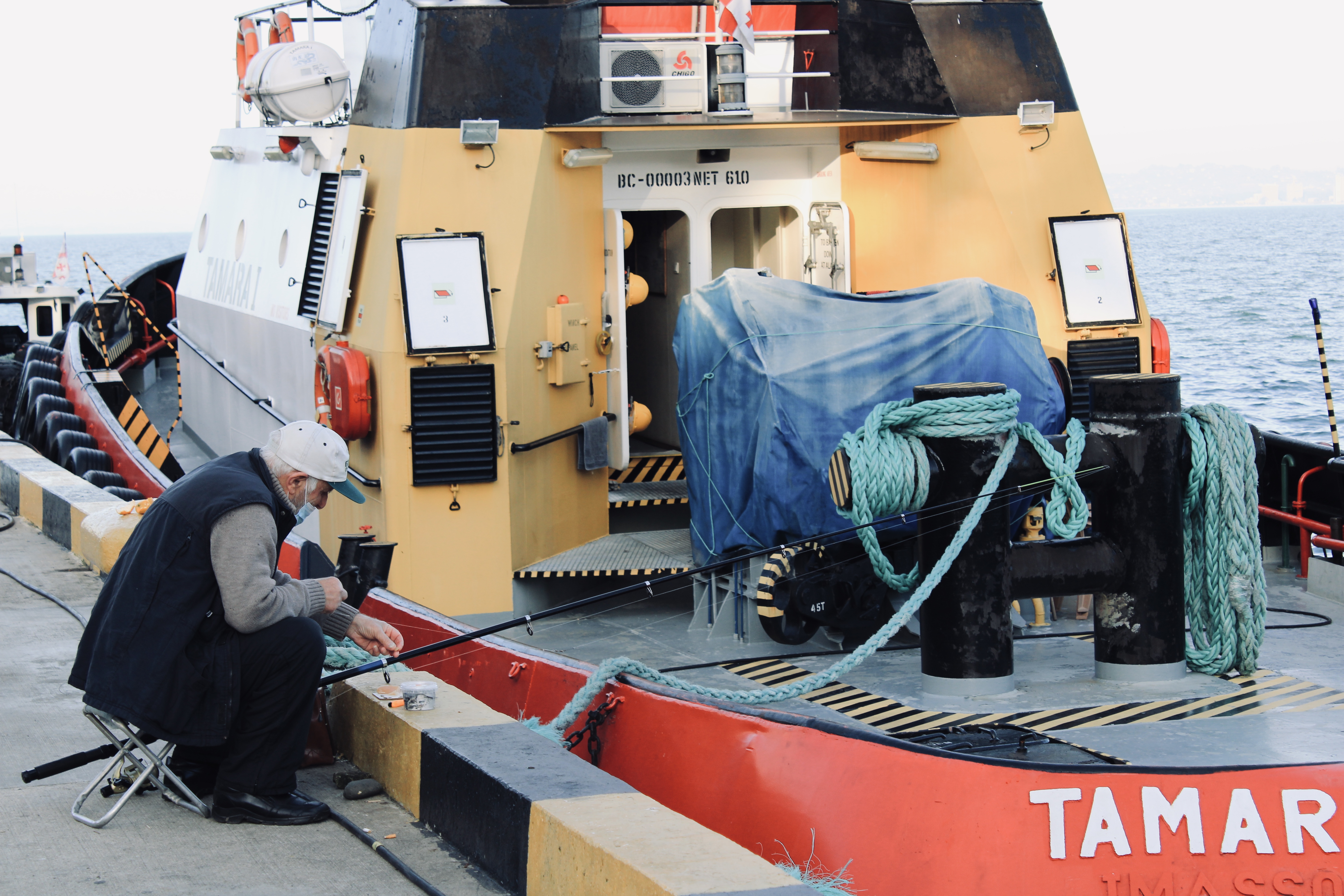 A man fishing on the right side of the dock

With its beautiful sea cost, sub-tropical climate and interesting architecture, Batumi is certainly a must-see destination all year round.